The American Coach Association has deep roots! Fleetwood’s entry into the luxury coach market began in 1987 when they built a new facility in Decatur, Indiana with a separate product line and extensive design changes to their existing Fleetwood Limited. The new 1988 Limiteds were sleek and aerodynamic on the outside and pure class on the inside.

Among those who bought the ’88 Limited were Casey and Barbara Sturm, a full-timing couple from California. They fell in love with their new coach, and it’s design and graphics drew attention wherever they traveled. They had a desire to share their travels with fellow Limited owners and in June, 1989, Casey and his wife, Barbara, launched “Limited Owners International Travel Club.”

Membership applications were mailed to known Limited owners and by September, 1989 they had enrolled 46 coach members and planned the first Limited Owners International Travel Club rally for May of 1990 in Hemet, California. The rally was a huge success with 84 coaches attending. The membership had grown to 161 coach members by June, 1990, one year after Casey and Barbara had conceived the idea. The name was changed to simply “Limited Owners International (LOI)” and through the efforts of Casey and Barbara, it continued to grow.

It was decided that there would be two rallies a year and the next rally was set for October, 1990 at Lake Wales, Florida. 1990 also saw the formation of the first four regional chapters: Florida (now Southeast), Northern California, Southern California and South Central. Fleetwood/American Coach introduced the American Eagle in early 1991 and a short time later, the Eagle owners were welcomed into the organization in May of 1991.

At the end of 1991, the membership had grown to 200 coach members and two more chapters had been formed: Great Lakes and Southwest. During 1992, the Northeast chapter was added and the Limited Owners International organization had grown to 256 coach members. By June 1993, the membership had risen to 307 members. Also during 1993, the name of the organization was changed to “American Eagle & Limited (AE&L)” and two more chapters were formed: Missouri Valley and the Mid-Atlantic chapter (affectionately known as Mac Pack).

In the summer of 1997, the association’s founder, Casey Sturm passed away. The American Coach Association continues to grow and prosper in his spirit. He is missed by all.

Early in 1998, Fleetwood/American Coach introduced the American Heritage, The Flagship of the Fleet, and we welcomed our fifth coach into the association. By mid 1998, we had a total of 10 regional chapters that covered the entire United States including Alaska (Hawaii has no suitable roads across the big pond), but there was still another chapter needed. It seemed that quite a few of our members had sold the big house, left behind all those taxes and headed for the interstate full time. They no longer had a state (other than mail forwarding) to call home. So in the fall of 1998 the 11th chapter of ACA was formed for the full-timers called “Happy Wanderers.”

As of October 1999, the total number of active coach members is approximately 1800. Back in 1989 when Casey and Barbara Sturm fell in love with that Limited and the desire to share their travels, did they have any idea, just ten short years later, where it would all lead? We would like to dedicate this history in memory of Casey Sturm and hope that Barbara will be pleased with what their tenacity has brought forth. 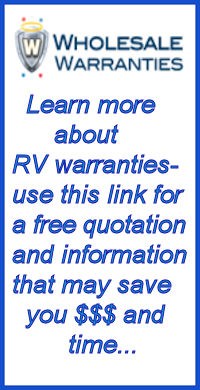 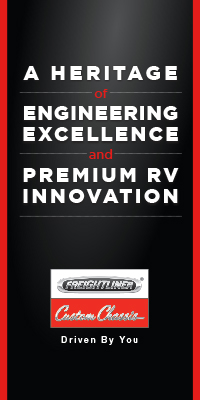 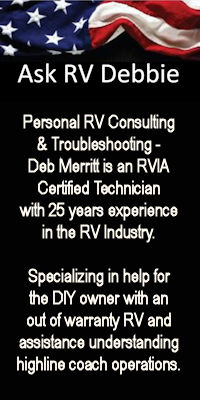